Tomorrow's biggest stories in tech and business begin in Paris at VivaTech. 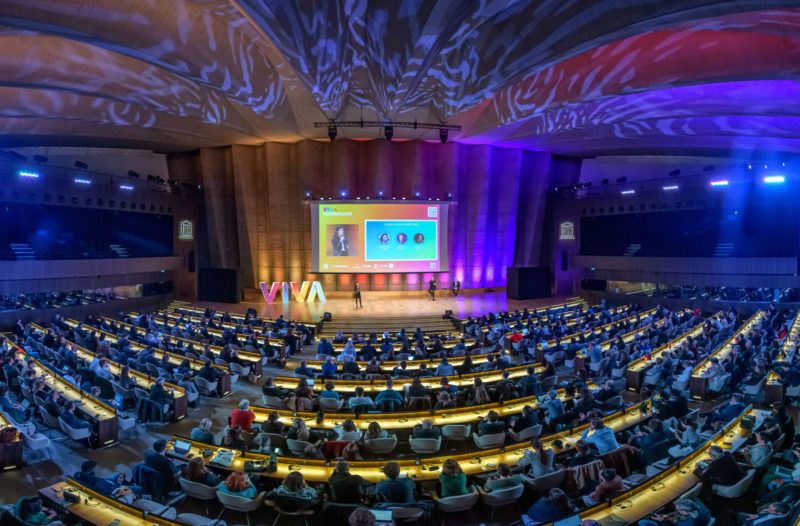 Paris, March 9, 2020 - Viva Technology, Europe’s leading startup and tech event, is back again from June 11th to 13th, making Paris the tech capital for three days of networking and innovation.

VivaTech is aware of the evolving coronavirus situation and our thoughts are with all those who are affected around the world. As VivaTech is scheduled to take place more than three months from now, the current dates stand, June 11-13. The health and safety of our visitors, partners and teams is our first priority. VivaTech management will continue to be in regular contact with the relevant authorities to enable us to follow and to comply with all of their recommendations. The entire VivaTech team is working hard to make sure this 5th edition will be a resounding success.

Viva Technology, the event created by Publicis Groupe and Les Echos-Le Parisien Group, has risen to the top of European tech events and occupies a prominent place on the calendars of world leaders in technology, innovation and startups. We are very grateful to all those who made this success possible: our teams, our partners-exhibitors, our great speakers. We are proud to have welcomed to our stages Jack Ma, Satya Nadella, Ginni Rometty, Eric Schmidt, Mark Zuckerberg, French Presidents François Hollande and Emmanuel Macron, and other major world leaders, in addition to our founding partners without whom none of this would have been possible: BNP Paribas, Google, LVMH, La Poste and Orange.

For our fifth edition VivaTech wants to go further by being an even more eco-responsible event, by giving an even more important place to women, and by promoting the emergence of scale-ups and the development of startups. In the last case, many emerging companies have succeeded in concluding contracts or financing thanks to VivaTech. Our ambition is to strengthen the global dimension of our event and to continue to be a leading platform for the world of startups and for the whole ecosystem of innovation and Artificial Intelligence, for the benefit of humanity.

Five thematic pillars will provide the structure during the three days of VivaTech this June, with inspiring debates, new tech innovations and networking moments.

1 - Technology for the planet
VivaTech engages alongside UNESCO, bringing our know-how in open innovation and in collaboration with startups. VivaTech is launching an exclusive startup challenge to support UNESCO’s mission and provide concrete solutions to some of the major challenges facing humanity. Three challenges will be addressed:
- Risk reduction from natural disasters linked to climate change
- The fight against disinformation through the use of artificial intelligence
- The protection of World Heritage via its digitalization in order to make it accessible to all.

This challenge illustrates our conviction that greater cooperation between the actors of the world of tomorrow is urgent and necessary to face major global challenges.

A “Hack for Good” Hackathon will bring together more than 500 participants from around the world for 36 hours to tackle environmental and societal challenges.

2 - Diversity and inclusion: Bringing decision-makers together to accelerate change

3 - Deep tech, breakthrough innovations and the potential to transform our societies

4 - Mobility, moving ourselves into the future

5 - European digital champions: Showcasing the most promising scaleups in Europe

Also not to be missed are sessions on democracy, data, the role of digital in the arts and culture, and the launch of the 30Best label, created by VivaTech to reward the best hardware innovations.
More room for networking: A new Marketing Village brings together leading companies offering Martech and Adtech solutions, and an enlarged Investors lounge opens in 2020 to promote meetings between the most promising startups and the best international VCs.

VivaTech adds to its ever-growing and prestigious list of partners for this fifth edition:

Among the first top speakers announced:

Numerous regions of France will highlight the benefits of their ecosystems:

Viva Technology is Europe's biggest startup and tech event. We act as a powerful global catalyst for digital transformation and startup growth. Every year, VivaTech brings together in Paris and online the greatest business leaders, startups, investors, researchers and innovators to ignite positive change in business and for society.

More information on https://vivatechnology.com/media/ and @VivaTech